"SPECTACULAR... A BAND THAT REALLY HAS IT TOGETHER!"
-- CELTIC MUSIC MAGAZINE

The AMERICAN ROGUES regularly perform two different yet effective types of shows: electric and acoustic. They have rocked out on fully amplified stages in front of thousands of screaming, semi-naked fans, and they have performed elegant unplugged sets for small groups.  The band has appeared at numerous wedding ceremonies, funerals, and corporate events. The stately sound of the pipes and drums add a sense of class and refinement to any occasion and up to eight musicians dressed in full Scottish dress regalia can perform.  Moreover, for our acoustic shows you can stick us wherever you want -- a kitchen, garage, tool-shed, doom-bunker -- we don't take up a lot of space and we don't make a lot of demands.

The AMERICAN ROGUES continue to show their support of members of the military.  The AR family includes former members of the Army, Navy, Air Force, Military Police, and the Canadian Armed Forces.  They volunteer for the Honor Flight Program for WWII and Korean War Vets, the've performed at various U.S. and Canadian bases around the world, on the National Mall in Washington, D.C., the Annapolis Naval Academy, and for the Vietnam War Memorial (Movable Wall Project), and they've helped raise thousands of dollars for individual Veterans, the U.S. Air Force Aid Society, the Warrior Alliance, Homes for Our Troops, the Wounded Warrior Project, and Operation Ward 57 at Walter Reed National Medical Center (AR frontman, Nelson Stewart, and AR business manager, Lisa Heeter, both sit on the board of directors).  The band also regularly works with the Navy SEALs and have a standing invitation to perform for them at their annual Muster in Ft. Pierce, Florida, where they have become the official band of the National Navy SEAL Museum.  Nelson's passion for supporting Veterans led him to start the band's series of Veterans' fundraisers called DEAKSTOCK in 2007.  The AMERICAN ROGUES are always searching for ways to support Veterans so if you have any ideas please contact them.

Note -- This information represents the largest possible show for festivals, theaters, etc.  The AMERICAN ROGUES can adapt their show to suit your needs. 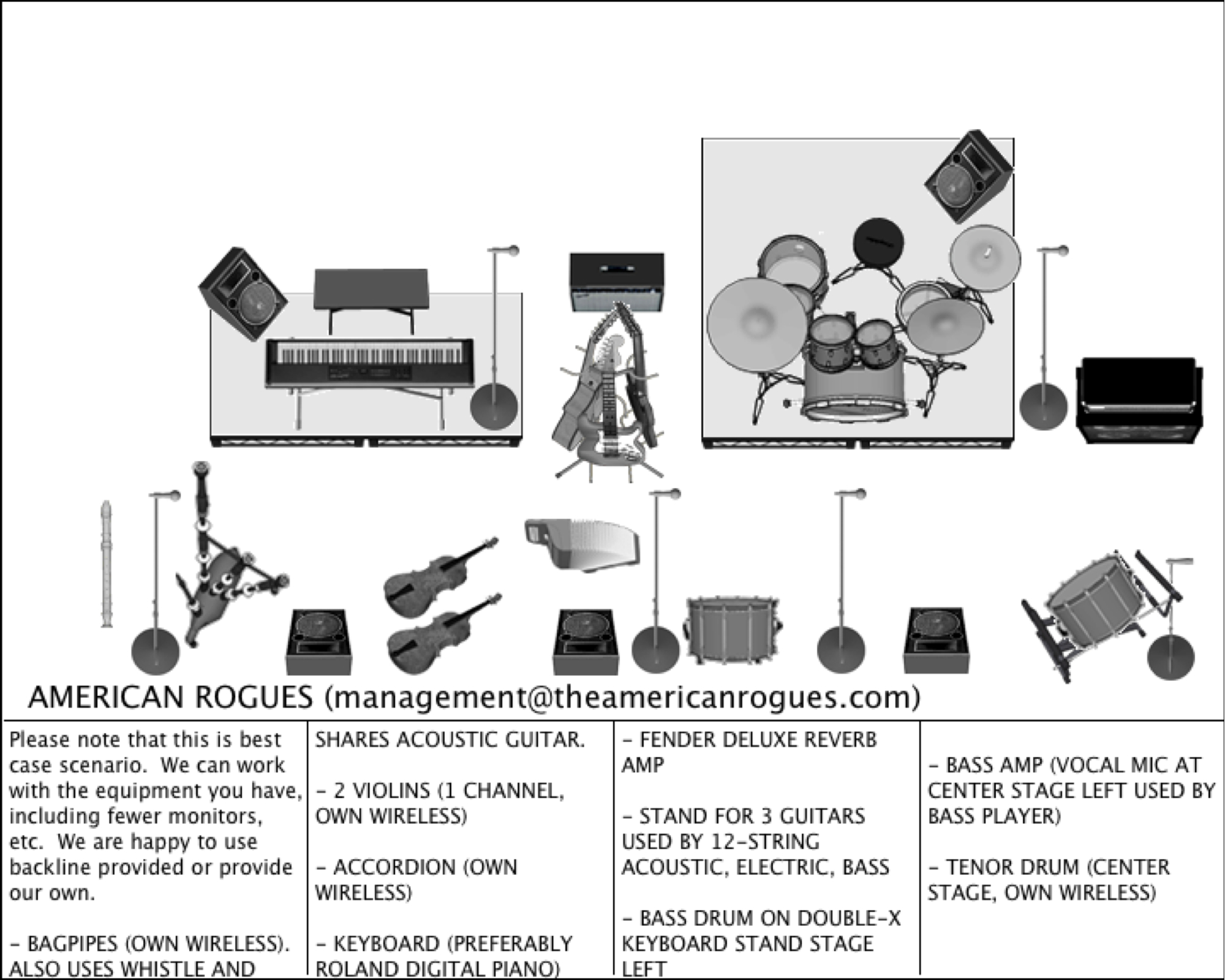