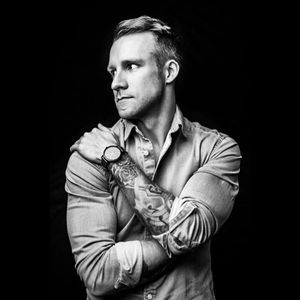 Chris Donaldson is a talented guitarist who studied audio/video production at Sheridan College near Toronto. He has been responsible for recording and mixing much of the band's music over the past 15 years, and he has produced and edited a number of their videos including "The Game of Thrones Theme -- American Rogues Quarantine Edition", "The Boondock Saints Theme -- Quarantine Edition", "Sleeping Tune", "Steeltown Meltdown at the Corktown", and more.  Chris is also a gifted photographer and graphics specialist who has contributed to the band's artwork, including the cover of their award-winning album, "3 LBS. of RAGE".  Chris has been a close friend of bandleader, Nelson Stewart, for many years, and the two performed together in Celtic-punk band, the Saints Are Coming, and collaborated on a number of side-projects in the studio for other bands and singer/songwriters.  Learn more about Chris on his website at: www.chrisdonaldsonmedia.com