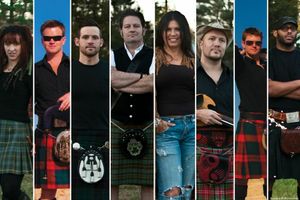 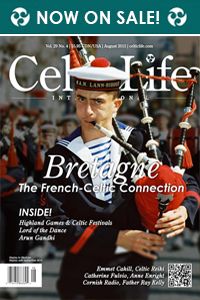 Audiences across Atlantic Canada are in for a treat over the next while, as Celtic-American rockers The American Rogues wind their way across the Maritime Provinces, including a week-long gig at the Royal International Nova Scotia Tattoo. Recently we spoke with the band’s vocalist Nelson Stewart.

What is your own background/ethnic heritage?

I’m a blend of Welsh, Irish, Scottish, and English. Go back far enough and, like most people descended from the Isles, my ancestry crosses the various Celtic nations. Hence I’m proudly a Stewart, a Kennedy, a Rancombe, a Bamford, and a Tourney. My nana from Paisley, Scotland often said that St. Patrick drove all of the snakes out of Ireland and she married one (my Irish Grampan was from Donegal).

When and why did you start playing music, and why the decision to start performing Celtic music?

I was raised on various types of music. I remember sitting in front of the stereo listening to Elvis, Johnny Horton, Glenn Miller, Queen, the Beatles,

Jim Reeves, ABBA… you name it. My mum and I would watch Soul Train and Hee Haw together and I clearly remember watching Lawrence Welk every week with my nana. With both Myron Floren and Lawrence Welk rockin’ the box that may be where I developed an interest in my first instrument – the accordion.  My parents bought a red one for me and I began taking lessons from Canadian Accordion Champion, Helen Milne. When I got a little older I started playing the clarinet in school because my mum wanted me to “play like Benny Goodman”. When I got to high school I taught myself the piano because I wanted to play U2’s “New Year’s Day”. Later on I picked up sax because I wanted to join the jazz band and then I picked up guitar and drums because I wanted to pick up girls. Mandolin and bodhran were added as I grew to love the music of the Waterboys, the Pogues, the Chieftains, the Clancy Brothers, the Men They Couldn’t Hang, the Dubliners, the Levellers, etc. I believe that essentially these men and their music steered me toward my Celtic heart and helped awaken the music that lay there. My good friend, Mike Spicer, and I then began to scour the countryside for whatever Irish sessions and Celtic festivals we could find, including several Comhaltas Festivals. As it turns out, however, the roots of my love for Celtic music run even deeper because my Donegal Grampan was regularly having kitchen parties at his home before I was even born.

How long has the band been around, how has it evolved since that time, and how would you describe your sound today?

The band has been around in various forms for a number of years. We’ve evolved from being basically a bagpipe band playing jigs and reels to a much more sonically enriched and musically sophisticated group that, in addition to World Champion bagpipes, features violin, accordion, piano, guitar, whistles, mandolin, bass, organ, strings, organ, numerous percussive devices, and vocals. We also recently added a champion banjo player (who is also a champion on guitar, fiddle, and mandolin). We still play jigs and reels on bagpipes, but now we’re much, much more. When we started we were a Celtic group.  We were described as, a “CeltRock Folk Classical World” band… with bluegrass, pop, Americana, soundtrack music and more joining the mix we’re not stopping there.

Where do you typically perform?

We generally perform at Celtic events, Highland Games, theatres, and festivals.  A few weeks ago our headlining spot for National Tartan Day in New York City was made memorable when Scottish actor Kevin McKidd joined us onstage for a number of songs, including the Scottish ballad “These Are My Mountains”, the Proclaimers’ “500 Miles”, and our own Celtic version of Pink Floyd’s, “Wish You Were Here”. We also have a complete educational program that we present at schools across Canada and the U.S. during which we discuss the history of the Celtic nations, our Scottish attire, the Gaelic language (my wife sings in Gaelic), the use and design of Celtic instruments, and, of course, Celtic music. These shows have children singing along, playing our instruments with us, and generally dancing and having a great time. Some of our favourite shows, however, are the ones we perform in support of the troops. The U.S. Navy has flown us to Japan, Guam, Italy, and Spain, to perform USO-like tours; we have headlined with the U.S. Air Force Symphony at DAR Constitution Hall in Washington, D.C.; we volunteer to pipe WWII Vets off of their planes at Honor Flights (which is when they fly the Vets in from all over the country to visit various memorials in Washington); and we p 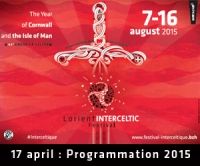 erform our own fundraisers called DEAKSTOCK to raise money for the disabled Vets of Operation Ward 57 (www.operationward57.org and other military charities). When we played in Japan a group of sailors came to us after one of our shows and told us that our music turned around the bad day they were having.  Something like that means the world to us when it comes from people who are doing so much for all of us.

We find that our shows appeal to a broad audience. Entertainment directors seem happy with us because we consistently get asked back to the same venues year after year. The recent school shows we did in New Hampshire saw hundreds of kids dancing in the aisles to our jigs and reels – they felt like they were at a real concert (nobody told them they were learning at the same time). People our age respond very favourably to the Pogues, Pink Floyd, and original music we play, and we never play a show without seniors and Vets coming up after the show thanking us for our support. We’re still very humbled by that since we firmly believe that without the contributions of the brave members of the American, Canadian, and other Allied forces over the years we may not even be able to do what we do as performers.

Along with being invited to play the full run of the Royal Nova International Tattoo in Halifax, which will be followed by appearances at the 150th Antigonish Highland Games, the Miramichi Irish Festival and Busker Fest in New Brunswick, as well as club shows in Nova Scotia. I’ve played shows for Maritimers before and they are some of the nicest people in the world (one of my proudest moments 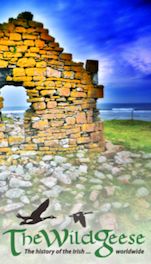 was when a sailor from Nova Scotia told me that I “have the heart of an East Coaster”). After that we’re playing at the World Music Festival in Sherbrooke, Quebec, as well as festivals in Pennsylvania, Chicago, Delaware, Indiana, Iowa, and New Hampshire. The US military has talked of sending us to Germany to perform, and the Canadians are hoping to send us to several CFBs, including ALERT, which is inside the Arctic Circle. Somewhere in there I’m hoping to find the time to finish our new album and get started on at least one more (I have our next 3 planned out). We just finished a collaborative EP with a fantastic American singer/songwriter named Arjay Sharp and we’ve been approached about recording the music of another amazing composer named John MacKay who spends his time in New Zealand and Canada. I think collaborative efforts such as these appeal directly to the question regarding the preservation of Celtic culture. Arjay is a contemporary rock composer, and John is a very experienced jazz musician, each with little or no Celtic experience. Yet, by asking us to work with them, they are opening our music up to an entirely new audience.  This is what we also hope to do by performing our educational shows every year for thousands of elementary and secondary students. When we have inner-city children, who have likely never seen bagpipes, accordions, or kilts, clapping and singing along with us I like to think we’re doing our part to preserve and promote our amazing culture. Could we be doing more? I see what the economy is doing every year to Highland Games and Irish Festivals when they are forced to close. Let’s fact it, though – Celts are a hearty stock (the Romans didn’t build Hadrian’s wall for nothing).  I also see new Celtic events spring up every year. It’s going to be difficult to keep us down, especially since we are justifiably proud of our heritage.

www.theamericanrogues.com
June, 2013*
*Note -- this article has been edited.